Skip to content Skip to sidebar Skip to footer

How to Determine the Time of Unexpected Pregnancy using Astrology

Half of the pregnancies around the world are unplanned. Younger generations experience unexpected pregnancy because of their curiosity and free spirit nature within a relationship, but even a few of those married couples come across unplanned pregnancies. It will happen even if you are sure that you are safe and using a method of protected sex. But, you could prevent unintended pregnancy by predicting when it will happen in your life, and I will share some of my knowledge for determining the time of unexpected pregnancy using astrology. In this article you will have an idea of what are the planets, aspects, and the houses that causes pregnancy. You have to check your natal chart if you have to determine your planets and house position when you are born, and you also need to check the current transit positions. You may use our free astrological transit report if you currently do not have an astrology software.

The Planet that Causes Unexpected Events in our Life is Uranus.

Look for the planet Uranus in your chart. It is the reason for unexpected events in our life, the unforeseen incident that we are not ready or prepared to happen whether good or bad. It happen so fast that you may overlook the situation of planning for this moment. You are caught up with the feeling of being carefree and self-govern that you forgot the responsibility you need to face while doing reckless things.

The Planet of Birth, Change and Regeneration is Pluto.

Look for the planet Pluto in your chart. It rules change in your life including something new coming or born into your life that you should embrace. This is the moment where you should need to leave the old you and develop yourself. It includes something that will die within our life to regenerate into a new source of strength. A rebirth process of things you did not need, or you want to have.

The Planet that Causes New Responsibility in our Life is Saturn.

Look for the planet Saturn in your chart. This planet teaches you how to become responsible in the area of the chart it touches, whether it transit on your natal planet or house. It will be downright hard, and it feels like a burden to you. It forces you to embrace the responsibility and learn from it.

The House that is Connected to Children is the Fifth House.

Use an astrology software and check when will the planets Pluto, Uranus and Saturn transits your fifth house or examine if you have them positioned in your natal chart’s fifth house. This house involves kids, children and babies. So I think you have the Idea that, when your transit Uranus or natal is in this area it is an indicator of unexpected childbirth! But Uranus alone traveling in this natal house location will not activate an unplanned pregnancy. You need to learn about the transit and natal aspects with the planets and transit to determine whether you are going to face a time of unexpected pregnancy.

The Aspects that will Indicate Childbirth.

Check if your transit or natal planets said above is in the fifth house and in Conjunct, Trine and Sextile – These aspects are positive aspects and causes a successful pregnancy and childbirth. So for example, you were having a transit Uranus in your fifth house trine or sextile Pluto, which means “unexpected (Uranus) baby (fifth house) will be born (Pluto)”.

The Aspects that will Indicate Pregnancy but will Encounter a Problem.

Recall if your transit or natal planet said above is in the fifth house and Square, Inconjunct, Opposition and Semi-square – These aspects are negative aspects and mostly result in abortion or a birth of a premature baby. So for example, you have a natal Uranus in the fifth house but your transiting Pluto is on the eight house they are 90 degrees apart (square). It results for an unexpected pregnancy and death (abortion).

The experiences of people with these Aspects

Uranus and Pluto connections in the fifth house (whether the one planet is natal and the other one is the transit) will involve unexpected pregnancy. Be sure to check when will your transit Uranus or Pluto is going to through the fifth house and if they will have an aspect with your natal Uranus of Pluto.

Natal Uranus in the fifth house position gives strong chances of becoming pregnant. Keep an eye with the conjunction of transiting Saturn as it enhances the chance of having a baby which often result into an unwanted responsibility.

Transiting Pluto in Natal Uranus or Natal Saturn in the fifth house also indicates the time of unexpected pregnancy specially when both Uranus and Saturn are conjunct in the fifth house. Though the two planets are in conjunction, it will happen separately (unless the distance of the two planets is 0.01 degrees) because Pluto travels slower in the solar system so in this aspect you will experience two unexpected childbirth, and might be with two different lovers.

Transiting Pluto in the fifth house inconjunct natal Uranus in the 12th house indicates an unexpected pregnancy and abortion. An example of this is Joey who is obsessed with having a baby in his early thirties. Together with her girlfriend they practiced a protected sex, but it results into an accident of having a baby. That time his girlfriend is still not prepared and doesn’t want to give birth because of her own selfish desires so she secretly decided to have an abortion.

With your knowledge of astrology, it could help you do something to prevent these events specially if you are not prepared on the result it may give you. It is important to exercise due diligence when you know that one of these aspects is coming into your life. If you have your past unexpected pregnancy situations you want to share please write a comment in the comment section below with your story including the date, planets, aspects, and houses. If you do not know anything about astrology just write your story, and the date. Thank you!

[cta btn_text=”Yes, Please Analyze My Chart Now!” btn_url=”http://www.seraphicsiren.com/astrological-consultations/” bg=”url(http://www.seraphicsiren.com/wp-content/themes/sleek/img/patterns/notebook.png) repeat local top left,transparent” appear=”false”]Every chart has different planet patterns. Results may vary depending on the whole chart and planets combinations. Consult an Astrologer if you are experiencing any negative effects of this aspect![/cta] 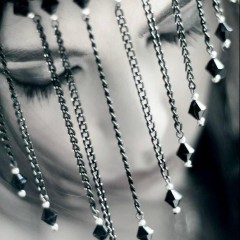 View all posts by Seraphic Siren

March 31, 2019 0Comments
Saturn makes the person focus on the things that are long lasting. North node is what feel

This site uses Akismet to reduce spam. Learn how your comment data is processed.

Help us improve and grow!

What are the Qualities of an Excellent Psychic? (and what are the Tricks that Fake Psychics Use to Scam Unsuspecting Clients?)

Minor Aspect : What is Septile in Astrology?